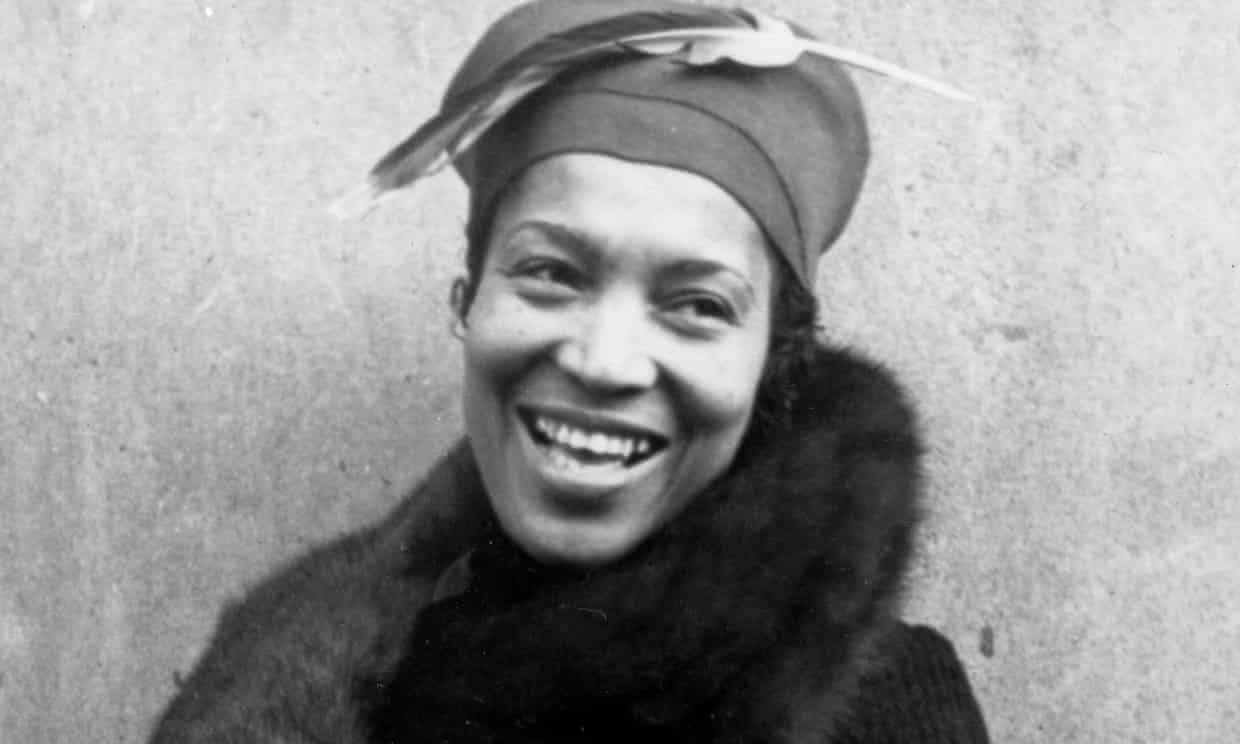 Zora Neale Hurston demonstrates the distinctive character of Black modernism in Their Eyes Were Watching God (1937), modeling what Houston Baker terms ‘mastery of form’. Baker defines mastery of form as a style of expression that ‘conceals, disguises, floats like a trickster butterfly to sting like a bee’, and describes deformation of mastery as a critique that ‘distinguishes rather than conceals’ difference.[1] More specifically, Hurston critiques traditional and modernist forms by engaging in what Henry Louis Gates Jr. calls ‘signifyin’’. Signifyin’ is a kind of wordplay that subverts linguistic norms. Signifyin’ can occur when writers respond to African American folk traditions in artistic or literary expressions.[2] Black modernist texts signify on African American literary tropes, such as enslaved and passing narratives, by incorporating some elements of these tropes and reinventing others. Indeed, writers such as Hurston heed Ezra Pound’s call for modernists to ‘make it new’ by reimagining traditional stories and tropes.[3] Black modernist writers, such as Hurston, Nella Larsen, and Jean Toomer, can all be seen to master traditional literary conventions. These often include a focus on characterisation, imagery, and symbolism. They also excel in modernist conventions, such as experimentation and free indirect discourse, and transgress modernist expectations by deviating from these conventions. Hurston in particular breaks with modernist conventions through her characters’ use of African American Vernacular English (AAVE) and thereby remakes modernist forms with a distinctly Black tone. Through engaging in signifyin’ on Black folk traditions, altering and remaking traditional literary forms, Black modernist authors surreptitiously subvert white modernist forms’ underlying ideologies.

Hurston’s mastery of form, as Catherine Morley writes, is ‘a deliberately political act, designed to show how traditional structures [can] encompass the black experience’.[4] Hurston establishes the mastery of modernist form in the beginning of Their Eyes through omniscient, third person narration. The metaphor Hurston expresses in the first line of the novel – ‘[s]hips at a distance have every man’s wish on board’- appeals to the reader through a standard literary style, her use of metaphor and formal diction.[5] Hurston briefly mimics the tone and substance of canonical, white authors, such as Charles Dickens, by referring to ‘the Watcher…his dreams mocked to death by time’ and closing the paragraph with the declaration, ‘[t]hat is the life of men’.[6] Hurston’s opening lines parallel the famous first lines of Dickens’s A Tale of Two Cities: ‘It was the best of times, it was the worst of times, it was the age of wisdom, it was the age of foolishness, it was the epoch of belief, it was the epoch of incredulity, it was the season of Light, it was the season of Darkness, it was the spring of hope, it was the winter of despair’.[7] Like Dickens, Hurston employs personification and a philosophical tone in her opening lines. Hurston thus establishes what Morley calls ‘an intellectual link between’ herself and her readers by appealing to a general audience, including white readers.[8] The second paragraph then marks a slight turn: ‘Now, women forget all those things they don’t want to remember, and remember everything they don’t want to forget. The dream is the truth’.[9] The text pivots away from general appeal to a broad audience, which resonates with traditional male experiences, to a more ambiguous interpretation of women’s consciousness. Despite this change in focus, the narrator’s tone remains decidedly formal even while Hurston’s characters use dialect-inflected dialogue: ‘What dat ole forty year ole ‘oman doin’ wid her hair swingin’ down her back lak some young gal?’.[10] Gates Jr. would argue that Hurston’s introduction of dialect ‘[s]ignifies upon both formal language use and its conventions’ to subvert the formal tone of her narrator.[11] The contrast between the reserved narrative presence and Hurston’s characters’ informal dialogue and use of AAVE creates distance and detachment between the narrator and the characters.

Their Eyes progresses through narratological shifts and an increased use of AAVE: the narrative focus moves from distant, third-person narration to the voices of the community or of Hurston’s protagonist, Janie. After the death of Janie’s second husband, the narrator says of the community: ‘They felt that it was not fitting to mention desire to the widow […] You spoke of honor and respect’.[12] The shift from ‘[t]hey’ to ‘[y]ou’ indicates the narrator’s connection to and membership within the community. Similarly, the narrator expresses Janie’s thoughts about another man, stating ‘It might be nice to marry him, at that. No hurry’.[13] Here, the narrator briefly takes on Janie’s focalisation as she considers her marriage prospects. Her thoughts are indicated directly with short, incomplete syntax: ‘No hurry’.[14] Hurston’s implementation of free indirect discourse both critiques the traditional modes of literature and demonstrates African American literature’s ability to skillfully embody modernist conventions. Hurston’s play with modernist form constitutes the deformation of mastery as she employs the conventions of modernism, and then uses this ethos to displace white, male voices and elevate speakers of AAVE to the authoritative role of the narrator.

Furthermore, Gates Jr. describes Their Eyes as a ‘speakerly’ text, arguing that the novel explores ‘the possibilities of representation of the speaking black voice in writing’.[15] Indeed, Huston’s use of dialect and folk tales within Their Eyes continues to subvert typical modernist convention. When Janie and her third husband Tea Cake gather with their friends to socialise rather than evacuate in advance of a hurricane, the men tell folk stories. The men talk about ‘Big John de Conquer and his works. How he had done everything big on earth, then went up tuh heben without dying atall’.[16] The narrator once again takes on the voice of the local community by using the dialect characteristic of an African American folk tale. The men ‘signify’ through these stories and through folk music. They encourage Tea Cake to play the guitar: ‘How come he couldn’t hit that box a lick or two? Well, all right now, make us know it,’ prompting Tea Cake to begin playing the guitar as the other men chant a folk tune and dance.[17] While one man leads the chant, the others ‘bore down on the last word’ of each line, clearly signifyin’ on call-and-response spirituals.[18] Hurston presents the folk tradition and Black social expression as communal art.

According to Gates Jr., Hurston helped to engender African American fiction’s ‘lyrical and disembodied yet individual voice, from which emerges a singular longing and utterance, a transcendent, ultimately racial self, extending far beyond the merely individual’.[19] The ‘transcendent, ultimately racial’ voice pioneered by Hurston and other Black modernists also spreads ‘beyond the merely individual’ in the Black Lives Matter movement.[20] The Black modernist voice preemptively animates the collective longing of the Black Lives Matter movement as it honours the African Americans killed by police brutality and other manifestations of systemic violence—folks who ‘could never be dead until [they] had finished feeling and thinking’.[21]