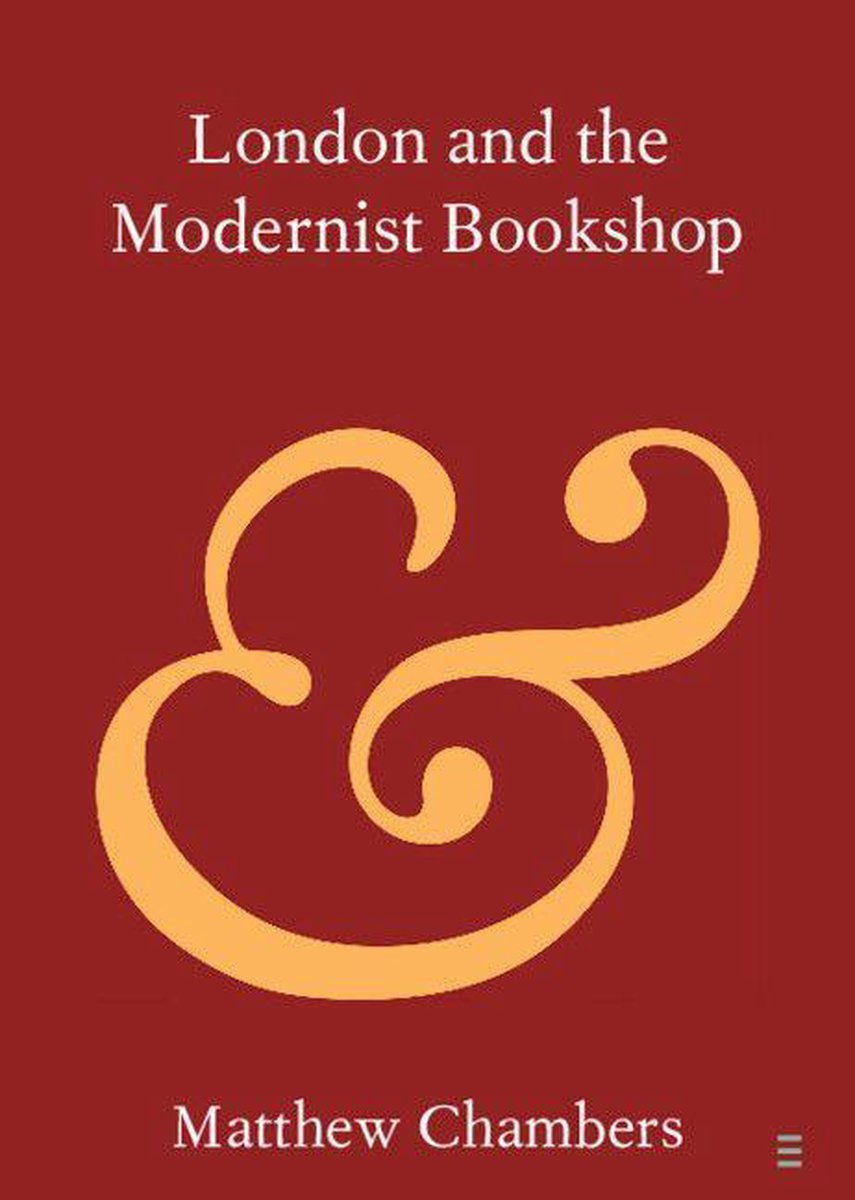 In British Writers of the Thirties (1988), Valentine Cunningham describes Parton Street, off Red Lion Square, as the epicentre of England’s literary and cultural life:

And at No. 4, the centre – if such a metaphor is possible – of this epicentre, was the bookshop run by Old Wellingtonian David Archer, the home of the Parton Press (which issued Dylan Thomas’s 18 Poems, George Barker’s Thirty Preliminary Poems, David Gascoyne’s Man’s Life is this Meat), briefly the address for New Verse, from May 1935 the headquarters of Artists International, the mecca in fact of the radical artistic and poetic young. (109)

However, for all this (epi)centrality, there has been no systematic history of Archer’s bookshop – despite mentions in memoirs and interviews from Barker, Gascoyne, Esmond Romilly and Philip Toynbee among others – until Matthew Chambers’s decision to write about it as a case study in his London and the Modernist Bookshop. This is an instalment in the Cambridge University Press series, ‘Elements in Publishing and Book Culture’, which, like all Cambridge Elements, collects short (20-30,000 word) peer-reviewed books into thematically-linked ‘gatherings’ such as, in this case, ‘Bookshops and Bookselling’. The idea is that these publications provide an initial port of call for easily accessible, quality research-based texts on topics such as, in this case, the role of bookshops in establishing and maintaining literary networks. Hence, the focus here is on the history of a particular bookshop and the literary scene which developed around it in central London. As Chambers argues, even if ‘Archer’s’ is only ‘one example of what Huw Osbourne has termed the “modernist bookshop,” the shop’s relationship to Lawrence & Wishart publishers next door and Meg’s Cafe [later The Arts Cafe] across the way presents an opportunity to consider how modernist bookshops existed as part of the world of literary publishing and socializing’ (1).

Bookshops like Archer’s were not isolated: ‘There were more than sixty bookshops in Parton Street’s W.C.1 postcode in 1934, fifty within a kilometer of Archer’s’ (7). However, what marks it out as worthy of comparison with the other key modernist bookshops in London that Chambers mentions, such as Henderson’s [‘the Bomb Shop’] at 66 Charing Cross Road and Harold Monro’s Poetry Bookshop, was its function as not just a hub for various networks but also as the central node for a particular leftwing, intellectual, bohemian lifestyle. The role of Archer’s in this respect seems to be down to a combination of David Archer’s conception of himself as a kind of social worker and the subsequent arrival of Lawrence & Wishart next door.

Chambers begins by summarising the existing scholarship on the role of bookshops within modernist networks, before discussing material developments in publishing, such as the advent of modern paperbacks, which set the context for bookselling in the 1930s. In this way, he establishes from the outset how the conditions of the book trade influenced modernist bookshops and literary modernism. In order to foreground ‘the importance of place and network for a bookshop’ (8), he then proceeds to examine how and why Archer’s Bookshop was established in the early 1930s. Drawing on historical and archival resources, he reveals that the shop’s origins lie in the movement of the South Place Ethical Society (SPES) to the newly built Conway Hall on Red Lion Square in the late 1920s. A dispute in the SPES led to the foundation of the Promethean Society and its journal, Twentieth Century, which was first issued in March 1931. The society and journal stood for ‘a rights-based economic life, world federation and disarmament, sexual rights and education, and a revamped child-centred education system’ (13). Although the journal only ran to a total of 35 issues (up until January 1935), it published poetry and prose by Barker, Naomi Mitchison, W. H. Auden and Stephen Spender and articles by Leon Trotsky, Havelock Ellis, Jose Ortega y Gasset and Theodore Dreiser. The Promethean Society began advertising a ‘central distributing agency’ for Twentieth Century at 4 Parton Street from its June 1932 issue, in which it also announced the opening of a bookshop at the same address. The shop was not advertised in any other journal until the first issue of New Verse in January 1933, which leads Chambers to conclude that it was originally set up by the Prometheans with an aim of promoting themselves to a wider public.

However, while Archer was a Promethean and therefore a supporter of its aims, Chambers shows that it was his personal motivations which would go on ‘to define Parton Street as a literary scene’ (17). Archer, born on 15 April 1907, was at Cambridge from 1925 to 1928 and co-founded the Marshall Society, concerned with social questions, with Pat Sloan, Maurice Dobb and Philip Sargant Florence among others. In 1932, he was living in Cambridge House in Camberwell. This was a ‘centre where Cambridge men interested in their fellow-citizens could live, work and obtain some knowledge of the conditions of life in South London’ in a social work context (21). During this period, Archer joined the Prometheans and then went on to put up the capital to launch the bookshop. Within a year, the distribution of Twentieth Century had moved to other premises and the shop was advertising its stock in New Verse as ‘Poetry Drama Criticism Marxist Literature and Periodicals’ as well as its ‘small lending library of the more significant contemporary verse’ (25). Chambers’s analysis of the shop’s advertising, which also appeared in the first four issues of Left Review, gives us a clear idea of the literary and political mix of volumes in the shop and the clientele which it would have attracted.

While the shop seems to have been run through informal connections with publishers rather than through the Booksellers Association, Chambers argues that the popular conceptions that Archer had no business sense and that his open-heartedness with friends was a financial liability, obscure his primary sense of himself ‘as a social worker with the shop serving as a convenient means to help the young and marginalised’ (36). On the one hand, therefore, Archer took the young poets frequenting the shop under his wing, taking it upon himself to publish crucial early works by Thomas, Barker and Gascoyne. On the other hand, the shop functioned as a social and political community centre, which Chambers evidences by describing its roles at different times as headquarters of the Scottsboro Defense Committee and the publisher of Romilly’s progressive Public School journal, Out of Bounds. Moreover, the rooms above and below the shop had also served as an informal boarding house for, at various times, Thomas, Romilly, Toynbee, John Cornford, Maurice Carpenter, T.A. Jackson, Ben Weinreb and Winnie Barham (these last two being employees) and others. By the time Lawrence & Wishart arrived next door in 1936, the street was already established as a leftwing literary community. Chambers completes his account of Archer’s in the 1930s by writing in detail about the Popular Front context for publishing in the second half of the decade and the significance of the Left Book Club, for which the bookshop became an agent.

Archer’s Bookshop eventually closed in 1939, although Central Books opened next door in that year and continued trading into the late 1950s, at which point Parton Street – heavily bombed in the Blitz – was built over by the postwar planners. Chambers concludes this detailed historical study by returning to the wider context of modernist bookshops in London and calling for more attention to be paid to these vital institutions. This book is a good introduction to thinking about some of the practical factors underpinning the role of bookshops within literary networks, but it will also be a key resource for anyone researching the intersection of poetry and politics in the 1930s. It is to be hoped that it will inspire further works on Parton Street and its role as a central literary scene in interwar London.