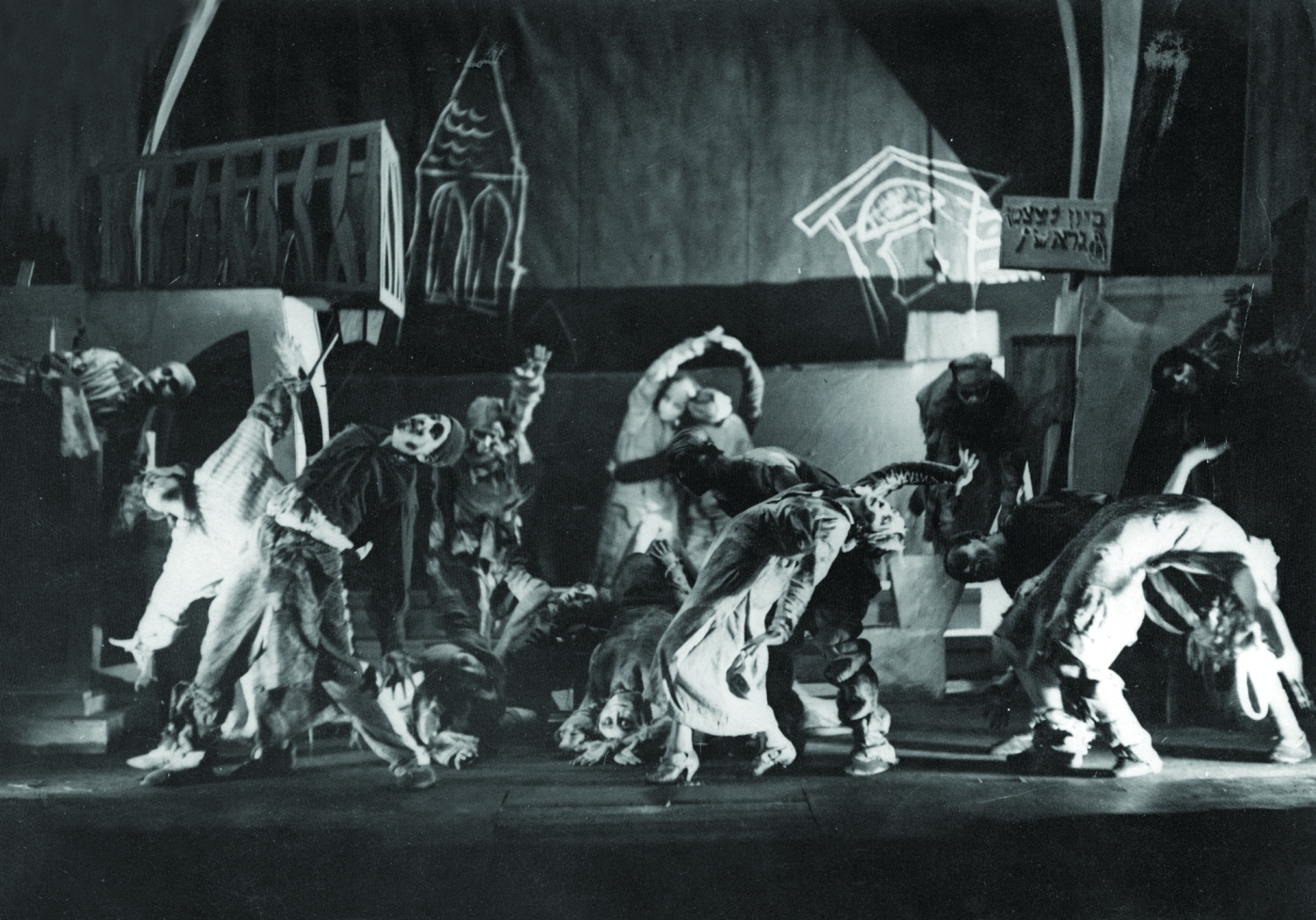 Modernism and performance have a famously fraught relationship. Scholars working on modernist and avant-garde performance have pondered the existence of this ‘antiperformative bias’ encountered in existing art historical and literary methodologies, often pinning the blame on well-known theorists of modernism such as Clement Greenberg and Michael Fried.[1] For Greenberg, each art form had to strive for purity, reflecting the uniqueness of its medium, while for Fried artworks that rejected the condition of autonomy were at risk of becoming theatrical, exhibiting ‘a kind of stage presence’ and seeking audience approval.[2] Although both Greenberg and Fried’s pronouncements were construed in very particular contexts, their broader implications still permeate the construction of modernist narratives. They conceive the modernist artwork as a self-referential, self-sufficient product that rejects the relationship to the beholder and to the world outside its boundaries. But performance cannot employ a single unique medium, nor can it flourish in an empty, unconnected space, centering instead values such as collaboration, repetition, and engagement. In recent decades, scholars have become increasingly preoccupied with dislodging or expanding the narratives of modernist and avant-garde artistic production, so if theatricality constitutes a dangerous attack on the ‘high art’ of the canon, perhaps the time has come to embrace its disruptive critical potential. Can performance become a tool for challenging entrenched narratives, recovering marginalized voices and experiences?

As a historian of modernist and avant-garde artistic practices, I do find that methodologies drawn from performance studies help me to think through my scholarly practices otherwise. In particular, they help to avoid replicating the same hierarchical models when working on marginalised figures or perspectives. They centre the values of collaboration and transformation instead of self-sufficiency (‘is this original?’) and primacy (‘is this the first of its kind?’). My first forays into performance studies were through the work of Erika Fischer-Lichte, who has defined what she terms ‘a new aesthetics of performance’ to counteract the notion of the artwork as an autonomous fixed object created by a virtuoso producer to be admired and/or deciphered by a reverent receiver.[3] Fischer-Lichte advocates shifting from the concept of the artwork as object to the artwork as event, thus rejecting ‘the traditional distinction between the aesthetics of production, work and reception’ as three separate categories.[4] As we have seen, this distinction has reinforced the autonomy of the artwork and its inward-looking scope. Instead, Fischer-Lichte introduces the biological concept of autopoiesis, which refers to self-perpetuating living systems. She posits that, likewise, performance operates through an autopoietic feedback loop that engages the performers and the audience alike in a continuous process of creation: ‘as a self-organizing system, as opposed to an autonomously created work of art, it continually receives and integrates into that system newly emerging, unplanned, and unpredictable elements from both sides of the loop.’[5] By recognizing the interrelation between art and life, producer and receiver, subject and object, performance ‘cannot be grasped in binary oppositions’ and disrupts the dichotomies it encounters:[6]

The aesthetics of the performative […] unflaggingly attempts to transcend historically established borders which have since become so ossified that they appear natural. Among these supposedly natural borders are the border between art and life, high culture and popular culture, and Western and non-Western art. […] In contrast to the dominant principle of division and partitioning, the aesthetics of the performative emphasizes moments of transgression and transition.[7]

Similarly, Diana Taylor advocates for performance as a means of ‘shift[ing]our methodologies […] to include practices previously outside their purview.’[8] For Taylor, performance is a means of ‘learning, storing, and transmitting knowledge’ that has been side-lined within Western epistemologies, in part due to the antiperformative bias mentioned earlier, and its lengthy cultural history.[9] Yet performance is a form of embodied knowledge that is equally valid to the tangible and written form of the archive, giving a voice to marginalised communities. This is especially important when we cannot find those we seek in the archive and we have to consider alternative modes of recovering their stories and contributions. Furthermore, embodied knowledge relies on repetition and replication, once again calling into question the values of canonical modernism. Like Fischer-Lichte, Taylor stresses the transgressive potential of performance studies to bring different disciplines and art forms into conversation, and to look critically at canons and the exclusionary methodologies that prop them up:

Performances, even those with almost purely aesthetic pretensions, move in all sorts of circuits, including national and transnational spaces and economies. […] Performance studies can bring disciplines that had previously been kept separate into direct contact with each other and with their historical, intellectual, and sociopolitical context.[10]

I propose that by embracing the shifting, eclectic form of performance and its transgressive potential we can disrupt modernist hierarchies based on notions of originality and self-sufficiency. Performance studies methodologies can provide some avenues towards a more inclusive modernism, drawing attention to marginalised forms of art-making, and putting diverse voices and experiences centre-stage.

Image credit: Bucharest Yiddish Theatre Studio, a collaborative production of I. L. Peretz’s A Night in the Old Marketplace, 1930, Romania. Photograph by Iosif Berman. Courtesy of the Centre for the Study of Jewish History in Romania.