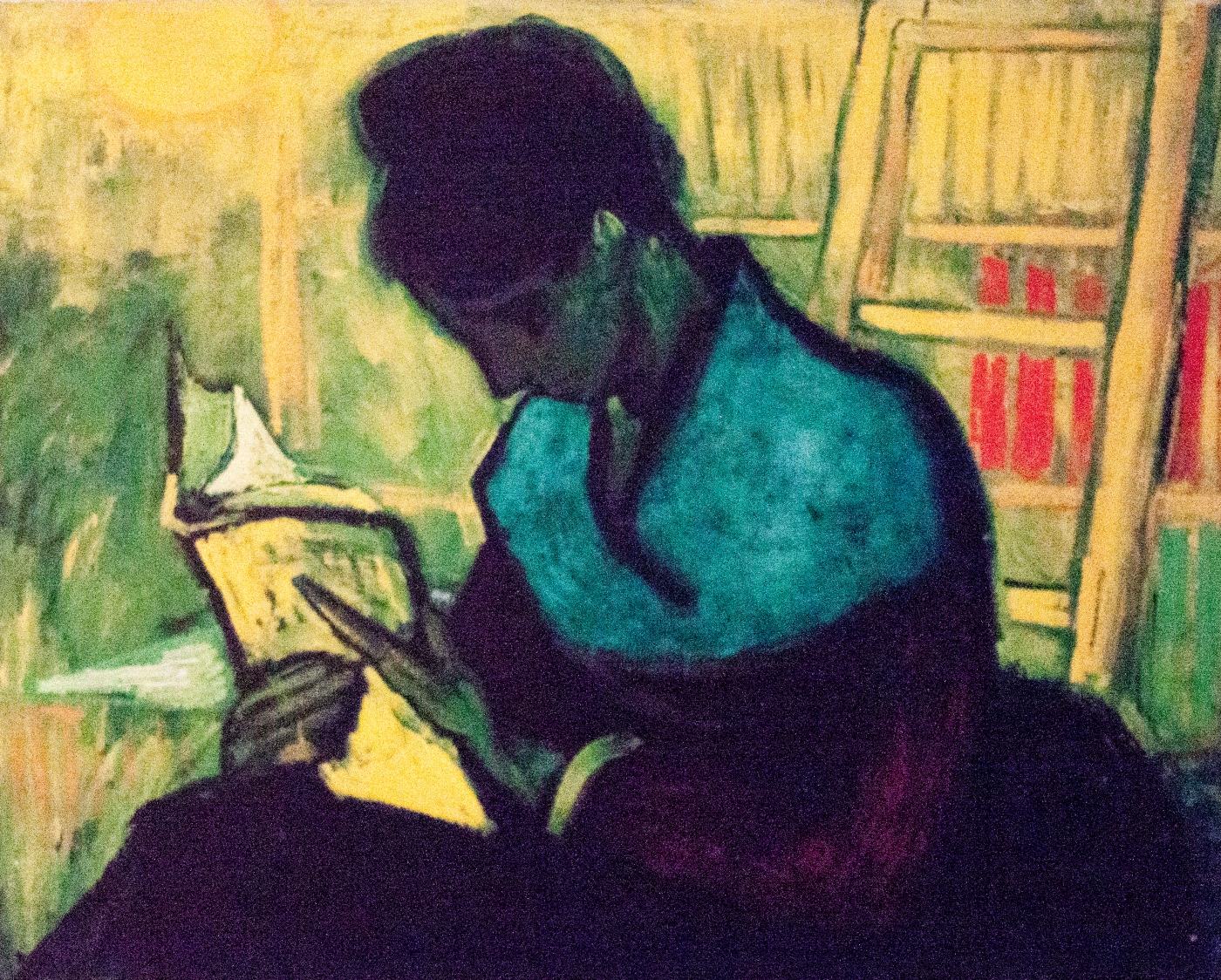 Earlier research for the same project was published in issue #32 of The Modernist Review in an article, ‘Bestsellers and a Modernist’s Library: Hits and Misses’ (2 August 2021).

In recent years, Richard Oram has noted, with perplexity, the continued side-lining of writers’ personal libraries and the research opportunities they present,[i] despite the material turn of the new modernist studies. Using Oram’s observation as a point of departure, this article will consider the potentialities of a critical lens on James Joyce’s library for thinking about reading habits in 1922. While Oram probes the more concretely bibliographic aspects of writers’ libraries as discrete collections, this article will address the library within the contexts of usage and the reading public. In other words, the library will be tested as a critical tool to explore some personal, cultural, and public resonances of 1922; a lens to look through and beyond the canon.

Joyce’s lifetime library (in its present-continuous state of compilation) is largely reconstructed out of paratextual indicators of his reading activity and source materials from which he took notes. As such, Joyce’s library rather refers to a nuanced, hermeneutical entity, rather than a single, physical collection. Our understanding of the state and use of this particular library can almost be presented as a cross-section of any given moment between 1900 and 1941 (the approximate dates of this library’s acquisition ‘lifetime’) – here, I will consider 1922. Placing this in dialogue with other contemporary readings compiled as data for the Reader Experience Database (RED), the aim is to show that the canon can be levelled with the reading publics that surround each text.

For Joyce, 1922 was the year of Ulysses. It is also that for Joyceans, but 1922 is also significant for the beginnings of Finnegans Wake (1939), Joyce’s next and final novel which took another 17 years to come to fruition. 1922 is therefore a lynchpin moment; a period of transition marked by an especially notorious burgeoning public image. Ulysses was finished two days before its publication on 2nd February 1922. In January, then, Joyce was safely occupied with redrafts, corrections and revisions for the setting of the text. His reading habits for this year align with this watershed moment of his career: the cultivation and promotion of his public image is clear from his correspondence which provides the greatest evidence of his reading habits. His letters reveal relentless efforts to obtain copies of every comment on Ulysses or himself in circulation, including direct correspondence with (potential) critics to solicit reviews. By way of statistical demonstration, in comparative proportion to the total lifetime library, so-called ephemera dominate the 1922 publications. There is a roughly inverse proportionality between books and newspapers from 1922 compared with the library as a whole. Many of these reviews were eventually incorporated into section I.7 of Finnegans Wake, but at this time Joyce read and circulated them primarily as a means of promoting Ulysses.

That his correspondence reveals more of his reading than other evidence types is somewhat unusual – in most cases, the evidence of reading derives from analyses of his notebooks, of which there is just one datable to 1922: Buffalo MS VI.B.10. This notebook, however, is a crucial hinge point between Joyce’s last two novels: used between October 1922 and February 1923, it contains both corrections and notes for Ulysses and early sketches for Finnegans Wake. The sources from which Joyce took notes include Katherine Mansfield’s The Garden Party, Arnold Bennett’s Lilian, Lady Susan Townley’s Indiscretions and D. H. Lawrence’s Aaron’s Rod, all published in 1922. There are also many notes from several newspaper articles from the late months of 1922 and early 1923, suggesting these were read contemporaneous to their publication, as and when Joyce came across them. This is not typical of Joyce’s use of sources – rarely are the notebook usage and source dates consistently commensurate.

More typically, the notes on Mansfield, Lawrence and Bennett were probably taken the following year as there is no evidence of their acquisition or reading in letters from 1922. The only novel he specifically mentions reading is Marcel Proust’s A La Recherche du Temps Perdu; he tells Sylvia Beach in October that he has completed the first two volumes. This text is a useful point at which to pivot to other readers in 1922. RED records the metadata relating to instances of reading: date of reading, location, type of reader experience, their profile as a reader and the object of reading. Three other high-profile writers of the period also read Proust’s Recherche around this time: Virginia Woolf (in May), E. M. Forster (in March) and Joseph Conrad (in November). Conrad had received an English translation of the text by C. K. Scott Moncrieff earlier in the year – his re-reading in November seems to have been prompted by the news of Proust’s death, which indicates the use of reading as a process of social and personal remembrance. In RED’s data for 1922 reading instances, Conrad is one of the most regular and prolific recorders of his reading. His readings are almost exclusively contemporary – in the majority of cases, the record of his reading is a letter in reply to the author who presumably sent a presentation copy to Conrad.

There are other resonances between Joyce’s reading and the RED data, too – across readers and authors. We have recordings, for example, of Joyce reading Katherine Mansfield and Mansfield reading another contemporary writer, Lewis Wallace (a little-known sheep farmer from Mansfield’s native New Zealand who authored an astrological work of philosophy which was influential for her). Furthermore, Algernon Methuen Marshall and George Otto Trevelyan read Arnold Bennett; Bennett in turn read La Nouvelle Revue Francaise, which Joyce also read regularly. Bennett, in fact, reviewed Ulysses; Joyce mentioned reading the review in a letter in late April and scraps of this review were eventually used for notetaking for Finnegans Wake. Elsewhere, Virginia Woolf watched her husband, Leonard, read Ulysses. She then read it herself and subsequently read Gilbert Seldes’ review which she found illuminating and helpful – Joyce, of course, read the same review. Overall, RED records from 1922 readings show that half of the texts read were newly published in that year (33 of the 66 records), whereas Joyce’s readings are almost exclusively contemporaneous in 1922.

The examples of overlaps between the 1922 Joyce library and other libraries or reading demonstrate the value in looking at points of convergence in different types of readers. This view causes reassessments in both directions – towards Joyce and towards patterns of general readership – thus challenging notions of canonicity and breaking down hierarchies of readership. Ultimately, we might hope to bring writers like Joyce back from exceptionalism and into the fold of the general reading public, or to understand more precisely where his reading is exceptional. Here, for instance, Joyce’s reading was clearly directed towards an understanding and awareness of the reception context for Ulysses – circumstances which became material for Finnegans Wake. There are limits to databases like RED in terms of functionality and the crowdsourcing of entries and review process – it is also the only public dataset of its kind for the modernist period. There is more work to be done in pushing beyond the general statements about reading revolutions and democratization of reading in the 19th century, but hopefully these kinds of bibliographic explorations can use canonical archives to recover under-explored texts and readers.

Emily Bell began her PhD at the University of Antwerp with the Centre for Manuscript Genetics in October 2019 with a project that reconstructs James Joyce’s library. Focusing on intertextuality in the works of Joyce and contemporaries, her research aims to elicit a continuity between pre- and post-modernist intertextual methods. She has published in Genetic Joyce Studies, The Modernist Review and the James Joyce Broadsheet.