George Lamming, who is originally from Barbados, established himself in Britain during the 1950s as a successful author, intellectual, and public figure who frequently appeared on TV and radio programmes.[1] Lamming’s public appearances came despite the hostility towards Caribbean immigrants, known as the Windrush Generation, who came to the United Kingdom following the British Nationality Act 1948. In an interview in 1960 for the BBC program Monitor, Lamming described the ordeal of the Windrush Generation, remarking upon ‘the terror of not knowing and of not even daring to call upon a single soul among the hundred who surround him,’ stating that, ‘this is the initial experience of the West Indian arriving […] he is alone.’[2] Along with other Caribbean authors of this generation, such as Sam Selvon and Edgar Mittelhölzer, Lamming experienced uncertainty, segregation and prejudice when he moved to London in 1950. Many viewed the move to London as a necessity: Arthur Calder-Marshall, a close acquaintance of Lamming, described London as ‘the cultural centre for Caribbean writers.’[3] Many writers from the Caribbean knew that London offered a cultural infrastructure which included the British Empire’s publishing industry, art institutions and an audience who were receptive to the experimental prose that would become associated with this generation of Caribbean authors.

END_OF_DOCUMENT_TOKEN_TO_BE_REPLACED

It cannot be acknowledged enough that modernist studies has been slow to respond to urgent calls for reform within white-dominated higher education: to decolonise, to diversify, to include. White modernism has a troubling history of racism. Students, activists and educators have been calling for a reckoning with that history – for decolonisation, diversification and inclusion in the academy – for decades. We recognise the institutional racism embedded within academia that we, the editors of the Modernist Review, have benefitted from, and that more needs to be done in the name of Black liberation in academia. In this issue on Black modernist studies, our contributors have explored the work of Black writers, artists, thinkers and scholars in the making of modernism, as well as how modernism resonates with racial injustices in our contemporary moment.      END_OF_DOCUMENT_TOKEN_TO_BE_REPLACED

‘[N]arrative may be the only available form of redress for the monumental crime that was the transatlantic slave trade and the terror of enslavement and racism’, says Saidiya Hartman (Columbia University) in a 2018 interview.[1] ‘That’s a long way of saying that the stories we tell or the songs we sing or the wealth of immaterial resources are all that we can count on’.[2] The colonial economy, slavery and its afterlife, and the historical continuation of racism are the roots upon which our modernity was built, from which our modernisms were created and recorded, and which have lent to the creation of archives used in modernist studies today. This review considers two texts that examine the specific challenges in practice of isolating queer black subjects within the archives of modernist research: Hartman’s book from 2019, Wayward Lives, Beautiful Experiments, and Shola von Reinhold’s debut novel, LOTE, published in the first half of 2020. It considers the value of experimental ‘archival tactics’ in recent cross-genre attempts to re-/construct the queer black subjects of modernism, using the vocabulary of queer archival practice.

In the aftermath of the murder of George Floyd in May 2020 and the worldwide protests that followed, a CBS News item featured a 17-year-old African American poet reciting a portion of Langston Hughes’ 1936 poem “Let America Be America Again”. This was set against a collage of images of Black Lives Matter demonstrations and memorials to Floyd alongside black and white photographs showing the scarred bodies of slaves, downtrodden immigrants and Native American families.  At the end of the two-minute piece, the earnest newscaster concluded: ‘The words of Langston Hughes, still very relevant today.’

James Smethurst’s argument in The African American Roots of Modernism: From Reconstruction to the Harlem Renaissance (2011) establishes the African American experience in Jim Crow as essential to the birth of what might be called an American modernist experience. Modernism as a field has often dealt with issues of racism, sexism, and anti-semitism. However, now in the midst of a sort of reckoning in America about our racist history, institutions, and ideologies, arguments like Smethurst’s seek to explode the concept of American modernism and the cultural institutions behind its development. This essay is a reassessment of Smethurst’s work in light of the particular moment in American literary studies and how the book has been received over the last decade. In place of the Armory Show and contact with the European avant-garde as precursors and initiators of modernist themes and tropes, Smethurst finds the experience of African Americans in the Jim Crow Era a central marker in the birth of American modernism. Early in the text Smethurst writes that “a crucial objective of this book is to suggest how African American literature first raised many of the concerns, stances, and tropes associated with U.S. modernism” (3). The text sets out, on a near granular level, to document the development of authors such as Paul Laurence Dunbar, James Weldon Johnson, Fenton Johnson and many others “not to prove that black literature at the turn of the century is worth reading because it is “modernist”…but to rethink the relationship of black literature during the early Jim Crow era, North and South, to a broad sense of “American” artistic modernity as well to the development of significant “American” artistic avant gardes or countercultures anchored territorially or geographically” (25). In his detailed analysis, Smethurst thoroughly documents how writers of the “Nadir” worked to develop concepts central to modernism. In “nadir,” Smethurst adopts the term originated by Rayford Logan to refer to the lowest point for African Americans in the United States in his work The Negro in American Life and Thought: The Nadir, 1877-1901 (1954).[1] In the current racial climate in the United States, Smethurst’s claim that “In general, white authors in the United States have long been reluctant to acknowledge being influenced by black writers” (3) warrants further review as black writers have long been devalued or neglected as literary forefathers in American writing, which Smethurst notes is not the same for fields such as American music.

Artist Kabe Wilson gives a diaristic account of his attempt to engage with Bloomsbury modernism over the lockdown period and against the backdrop of the global Black Lives Matter protests. END_OF_DOCUMENT_TOKEN_TO_BE_REPLACED

Many factors culminated at the turn of the twentieth-century to usher a modernist style into African American literature. Geoffrey Jacques points to ‘social transition’ and the increasingly common urban interactions between Black and white Americans as a reason for this shift.[1]Houston A. Baker, focusing on aesthetics, argues that Black modernism’s defining feature is an African American ability to both perform a certain mastery of the formal elements of their white counterparts and embrace an ‘unabashed badness’ in intentionally deforming those same elements.[2]Baker also asserts that ‘Afro-Americans […] have little in common with Joycean or Eliotic projects’, an assertion that James Smethurst expands upon, arguing that Black modernism represented ‘a distinct modern “Negro” literature’ that engages an idea of the ‘black nation (or black international)’.[3]Moving beyond the origin stories that focus on how African Americans interacted with modernism, this essay interrogates the intersection of literary style, race, and politics to suggest that the Blackness of Black modernism has an inherently political meaning, and that modernism, more than an aesthetic shift, actually signals new ways for African American writers to represent the highest of their political aspirations: Black utopia. END_OF_DOCUMENT_TOKEN_TO_BE_REPLACED 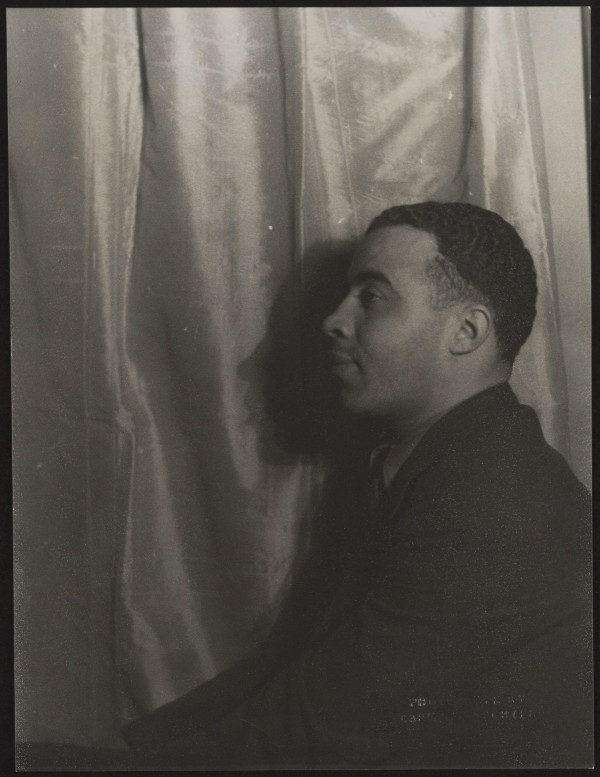 And the beauty of it pained him so,

The smile so doubled sexed and slow,

Male into female seemed to flow—

The avant-garde literary magazine FIRE!! — an envisioned modernist quarterly devoted to African American artists — premiered its first and only edition in November 1926, edited by Wallace Thurman, Richard Bruce (Nugent), Langston Hughes, Zora Neale Hurston, Aaron Douglas, Gwendolyn Bennett, and John Davis. This queer modernist manifesto was a deliberate textual and visual provocation intended to shock the elder contingent of the Harlem Renaissance — typified by individuals such as W. E. B. Du Bois and Alain Locke — in an effort to critique the bourgeois assimilationist politics of the older generation.[2] END_OF_DOCUMENT_TOKEN_TO_BE_REPLACED 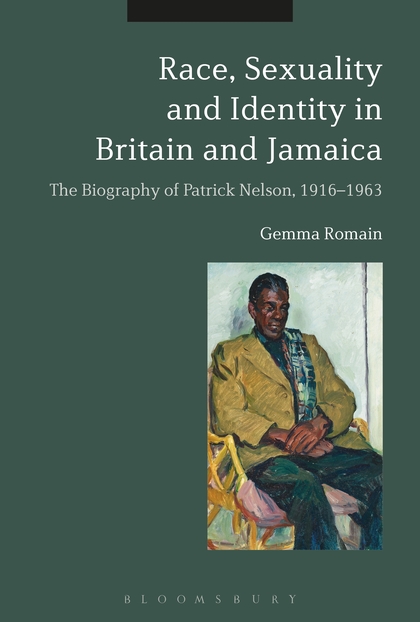 Gemma Romain’s biography of Patrick Nelson, a queer Black migrant in interwar London, offers an extensive account of both Nelson’s childhood in Jamaica and the fascinating intersectional sites, spaces and subjectivities that Nelson experienced after his arrival into Britain in 1937. Romain’s archival research on letters, paintings, drawings and newspaper articles, including Nelson’s personal letters to his lifelong friend and lover Duncan Grant, sensitively portrays the fascinatingly intersectional experiences of Nelson in both Jamaica and Britain. Romain’s prodigious research is receptive to the multifaceted sites and spaces that Nelson inhabited: as an aristocrat’s valet in rural Wales, a Black queer man in 1930s London, an artist’s model, a law student, a recruit to the Auxiliary Military Pioneer Corps and as a Prisoner of War during the Second World War. These diverse experiences, particularly Nelson’s relationship with Bloomsbury artist Duncant Grant, offer a much-needed addition to known history of queer Black identities within both queer and global modernist studies. Romain’s attention to the various ‘queer and black social spaces’ (p. 77) that Nelson inhabited offers a refreshing study of same-sex intimacies because Nelson’s experiences capture those queer modernist histories undocumented by the medical institutions of sexology (the early twentieth-century study of human sexuality as a science). In doing so, Romain departs from an authorial inclination to frame homosexual histories in modernism within this sexological context, a critical framework deployed by other biographers such as Thomas Wirth. In his introduction to Gay Rebel of the Harlem Renaissance (2002), an edited collection of the works of Richard Bruce Nugent, Wirth is limited by an over-reliance on the influence of sexual science on Nugent’s literary aesthetic. He makes various references to German psychiatrist Richard von-Krafft Ebing to examine Ebing’s sexological influences on Nugent. In contrast, Romain’s focus on the intersectionality of the everyday reminds us that complex and fractured experiences of queerness, immigration and class-based limitations are crucial components that comprise the universal themes of love, community and belonging. In this context, Romain offers a biography of Nelson that ‘does not attempt to recreate Patrick’s life in its minute and complete detail but instead it focuses on what the archive tells us and what it does not tell us about Patrick’s experiences of life in Britain and contextualizes Patrick’s life experiences within its broader historical context’ (p.55).

America is a country founded on independence, democracy and political rights. A form of free speech – the right to protest – is the first freedom underscored in the Constitution and has endured for two centuries since ratification. Protests have been widely criticised throughout the history of our country, despite this constitutional right. People have continued to take to the streets time after time, holding up signs, flags and fists. Thousands of demonstrators have faced numerous challenges over the years. Over frigid winters and warm summers, tear gas and water bombs, in search of a certain shared goal: equality. Modernism, like the American spirit, has evolved out of a very rebellious temperament and stance regarding social and political issues.