Jean Rhys is not an author who immediately springs to mind when discussing food – alcohol maybe, but not food. However, her protagonists are often portrayed as lacking in food and this is a key factor in Rhys’ depiction of the fashionable, ‘chic’ modern woman. The 1920s were a period of significant technological and social change and in such a fast-paced, visual culture the concept of being fashionable and ‘of the moment’ was highly desirable. Fashion evolved as rapidly as society itself with a new sporty, modern silhouette which was slim-hipped, flat-chested and androgynous, and to achieve this fashionable shape without a corset, a culture of dieting arose. The 1920s saw the birth of many new diet and exercise regimes; the American Tobacco Company ran a campaign for its cigarettes, Lucky Strikes, suggesting ‘Reach for a Lucky instead of a Sweet’; and Dr Lulu Hunt Peters’ diet book, Diet and Health: With Key to the Calories (1918)was a bestselling success with over two million copies sold by 1939 in more than fifty-five editions.[1] [2] 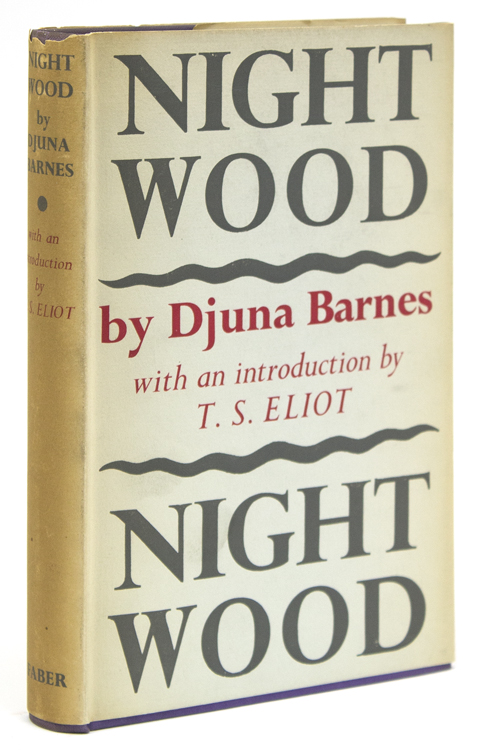 Djuna Barnes’ Nightwood (1936) presents fascinating portrayals of inversion and same-sex desire, veering away from traditional heterosexual relationships and expected societal heteronormativity. Barnes turned to the new form of modernism to better show the displacement of her unusual, sexually fluid characters, and to have a greater freedom in expressing identities which deviated from the norm.[1] Any woman who did try to exercise her sexuality, be it heterosexual or otherwise, was up against societal obstacles. As the world moved into the twentieth century, women came to finally be recognised from a political stance, but wider society was still compartmentalised into a male-dominated hierarchy.[2] The ability to place oneself into the categories of male and female was also changing; the movement of sexology had defined ‘inversion’, and many different sexualities had been created, along with a wealth of fetishisms.[3] Reading from a modern-day perspective, one will almost inevitably take into account recent transgender and ‘queer’ theories, the ideas of which, at the time of Barnes’ writing, were groundbreaking.