Alexandra Huang-Kokina, The University of Edinburgh

The musical avant-garde is more than a style of difficult and complex music in the twentieth century. Its potency in reconstructing our modes of perception in the modern world has been increasingly underscored[1]. At the mid-point of the twentieth century, the musical avant-garde finds its foremost expression in John Cage’s experimental pianism. From the dramaturgical overtones of Music of Changes (1951) to the “theatre piece” Water Music (1952), Cage’s experimentation with the modern grand piano indicates a profound interlinking with Modernist theatre. This article argues that Cage’s mid-century pianism epitomises an avant-garde “piano theatre” par excellence through his ingenious use of rhythm and contingency. Rather than explicitly using the piano in defined theatre events, Cage’s two piano works embody the corporeality of Modernist theatre practices within the perimeter of live pianistic performance. END_OF_DOCUMENT_TOKEN_TO_BE_REPLACED

Yeats, Pound, Lawrence, Joyce, Eliot, and Woolf: often amassed as the ‘1922 core’ (p. 1) of Anglo-American and Irish literary modernism, these six writers are regularly credited with having defined the aesthetics of the period. However, scholarship on modernism’s six ‘obvious suspects’ (p. 1) tends to spotlight their poetry and their prose rather than their plays. James Moran’s Modernists and the Theatre (2022) seeks to redress this critical neglect by framing this central group as six writers who actively engaged with theatre throughout their lives. The result is an informative study in which Moran persuasively challenges the critical assumption that these writers’ engagement with the dramatic form was ever fleeting, insignificant, or non-existent. END_OF_DOCUMENT_TOKEN_TO_BE_REPLACED

Modernism and performance have a famously fraught relationship. Scholars working on modernist and avant-garde performance have pondered the existence of this ‘antiperformative bias’ encountered in existing art historical and literary methodologies, often pinning the blame on well-known theorists of modernism such as Clement Greenberg and Michael Fried.[1] For Greenberg, each art form had to strive for purity, reflecting the uniqueness of its medium, while for Fried artworks that rejected the condition of autonomy were at risk of becoming theatrical, exhibiting ‘a kind of stage presence’ and seeking audience approval.[2] Although both Greenberg and Fried’s pronouncements were construed in very particular contexts, their broader implications still permeate the construction of modernist narratives. They conceive the modernist artwork as a self-referential, self-sufficient product that rejects the relationship to the beholder and to the world outside its boundaries. But performance cannot employ a single unique medium, nor can it flourish in an empty, unconnected space, centering instead values such as collaboration, repetition, and engagement. In recent decades, scholars have become increasingly preoccupied with dislodging or expanding the narratives of modernist and avant-garde artistic production, so if theatricality constitutes a dangerous attack on the ‘high art’ of the canon, perhaps the time has come to embrace its disruptive critical potential. Can performance become a tool for challenging entrenched narratives, recovering marginalized voices and experiences?

END_OF_DOCUMENT_TOKEN_TO_BE_REPLACED 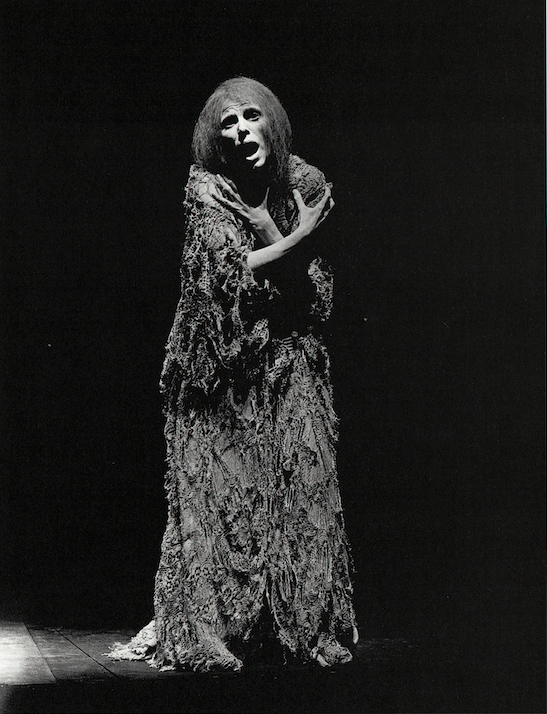 A way of walking is no less a refrain
than a song or a little coloured vision.

In this short essay, I will articulate several meanings that reside in the performing body of Samuel Beckett’s play Footfalls (1976).[2] The aim of such an exercise is to sketch a few distinctive significations and practices that pertain to the Beckettian body. END_OF_DOCUMENT_TOKEN_TO_BE_REPLACED

In Modernism and Performance (2007), Olga Taxidou observed that ‘the concept of performance [has] remained stubbornly connected to the critical legacies of the historical avant-garde and stubbornly ignored in canonical readings of literary Modernism’ (8). Indeed the concept of ‘performance’ still presents significant challenges to the theorization, categorization, and periodization of modernist artworks. Yet this provides us with a fertile opportunity to critically reflect upon the ways in which artists and theorists responded to modernity in the early twentieth century, revising our theoretical understanding of the culture and politics of this period by deploying the concept of ‘performance’. The debate concerning how a performative aesthetics or theory accords with or troubles our understanding of the relations between modernism and the avant-garde is thus a question that still warrants critical scrutiny. This is a provocation that animates the short articles published in this issue, with four writers responding in their own way to this question.  END_OF_DOCUMENT_TOKEN_TO_BE_REPLACED

In the UK over the last couple weeks there has been a noticeable uptick of sunshine, birdsong, and lamb sightings – we’ve crunched the numbers and can only conclude that Spring is finally here. Our issue this month is ripe with reviews, as our authors have emerged like hibernating animals from a winter spent hunkered by the fire reading their critical works of choice. Their thoughtful reflections of the newest contributions to the modernist marketplace of ideas are nicely rounded out by our lone article this month, an investigation of Mina Loy’s playful reconstruction of poetic form, culminating in her design of a build-it-yourself alphabet. If the weather holds – or maybe you permanently live somewhere sunnier than we do! – we recommend reading outside (though pack a jacket… and maybe a scarf, still).

END_OF_DOCUMENT_TOKEN_TO_BE_REPLACED

Ezra Pound, in a review titled ‘Marianne Moore and Mina Loy’ published in Others: A Magazine of the New Verse (1917), speaks highly of these two modernist women poets and associates them with the last type of his poetry typology: END_OF_DOCUMENT_TOKEN_TO_BE_REPLACED There appears to be no end of critical and interpretive studies on Rabindranath Tagore and W. B. Yeats. This is in part due to their distinct positions as predecessors of modernisms, the availability of cross-referenced studies on their literary and cross-cultural collaborations, their thematic formulations of aesthetic modernisms, and ideations of the home and the hearth across a range of literary forms borrowing from European, Asiatic and Eastern literary traditions. Readers of Modern Writers, Transnational Literatures: Rabindranath Tagore and W.B. Yeats would appreciate Ragini Mohite’s timely and nuanced study of the fraught relationship between Yeats and Tagore both for its modernist perspective and transnational discourse. Mohite is sensitive to Yeats’ and Tagore’s complex positions as contemporaneous intertextualists in attending to the ‘complementarity, tensions, and thematic echoes’ (p. 4) in such texts as Tagore’s Gora, The Home and the World, Red Oleanders, and The Post Office and Yeats’ Cathleen ni Houlihan and Purgatory besides others. Mohite’s useful tracing of paternalist tropes in colonial and gendered spaces allows readers to locate thematic and formal resonances in the works of Yeats and Tagore while making these writers quite apparent subjects for a study of the broad networks and borders of transnational currents in literary studies in the twenty-first century.  END_OF_DOCUMENT_TOKEN_TO_BE_REPLACED 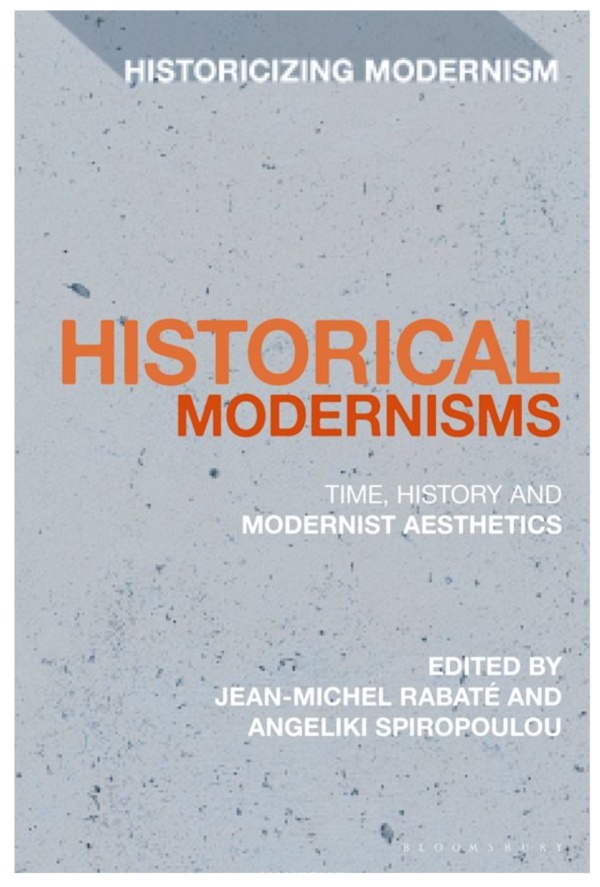 Marking the centenary of modernism’s year of miracles, Historical Modernisms makes a timely addition to scholarship – but not only for this reason. The eleven chapters, including an interview with Hayden White, explore and undo modernism’s associations with ahistoricity, as supposedly exemplified by the avant-gardes, by reading modernist arts in context. Jean-Michel Rabaté and Angeliki Spiropoulou expertly introduce the book; they ‘remain sceptical about the idea of transhistorical modernism, as do all the contributors to [Historical Modernisms]’ (5).  While we might locate modernity across time, as a reterospectively given term, modernism– unlike “dada” or similar self-defined movements – implies the critical urge to delineate, thereby restricting its usefulness to describe works of other eras. END_OF_DOCUMENT_TOKEN_TO_BE_REPLACED 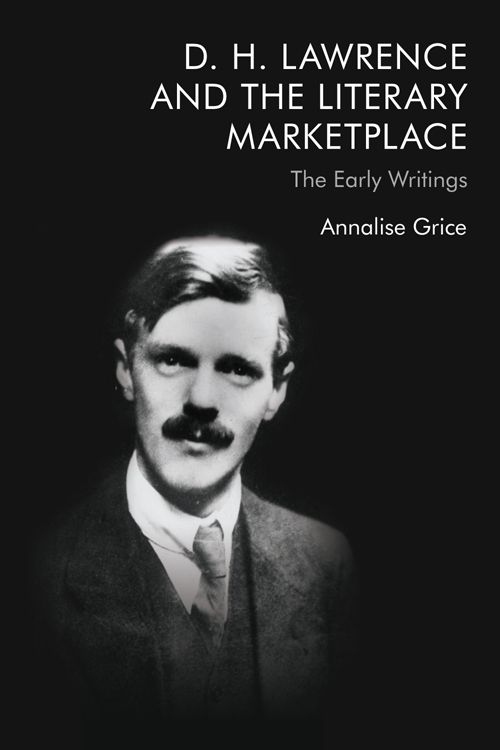 It is safe to say that D. H. Lawrence is a controversial figure in modernist criticism. Unlike his contemporaries, such as Virginia Woolf, Ezra Pound, and James Joyce, Lawrence is often treated as a peripheral figure even though he was closely connected to English modernism. It is difficult to put labels on Lawrence because of his various literary personae. In 1913, when he was only 27 and had only just established his name in the literary marketplace, Lawrence wrote that ‘I seem to have had several lives, when I think back. This is all so different from anything I have known therefore. And now I feel a different person. […] Life unsaddles one so often’.[1] Indeed, Lawrence has many faces as a novelist, poet, letter-writer, dramatist, literary reviewer, and arguably essayist and journalist. Despite the popularity of his risqué romantic novels, such as Sons and Lovers (1913) and Lady Chatterley’s Lover (1928), criticism on how Lawrence became Lawrence has largely followed existing biographical research and portrayed his entering in the literary marketplace as a typical story of a working-class man ‘getting on’. Annalise Grice’s monograph D. H. Lawrence and the Literary Marketplace: The Early Writings is a timely work that fills the gap of criticism on Lawrence’s early engagement with the literary marketplace, providing a new perspective on his formative years through detailed case studies. For readers interested in D. H. Lawrence and the development of his literary reputation and persona(e) on both sides of the Atlantic, this book is a must-read. END_OF_DOCUMENT_TOKEN_TO_BE_REPLACED