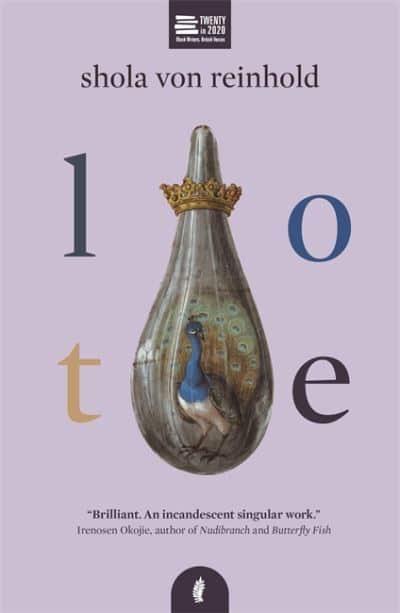 “Indeed, I would venture to guess that Anon, who wrote so many poems without signing them, was often a woman,” Virginia Woolf said.

Shola von Reinhold’s debut novel, LOTE (2020), takes the reader on a fabulously queer, decadent, decolonial, and complex journey of the protagonist Mathilda’s discovery of Hermia Druitt, a forgotten, historically erased, Black Modernist who lived amongst the Bright Young People of the 1920s. This three-part novel weaves together multiple discourses that bring to light the insidious, and at times, more overt mechanisms of social oppression, discrimination, and prejudice, which operate within the recordings of history, the criteria of archives, and the ideologies of art movements. Reinhold’s highly researched and complex narrative demonstrates what Carol Boyce Davies’ terms ‘critical relationality’ in her discussion of Black women’s writing:[1] an ‘anti-definitional stance [that] moves us out of minority status into possibilities of alliances which recognize specificities and differences […].’[2]  She describes texts that take this stance as operating ‘braid-like’, in which a ‘series of strands are woven ‘rather than as a hierarchy or ‘series of interruptions’.[3] The intersectionality of Reinhold’s narrative artfully presents a resistance to conformity and unquestioned ideology, along with a celebration of race, eccentricity, queerness, ornamentation, aestheticism, and ‘Otherness’. By intersecting past and present narratives, Reinhold skilfully and subtly unveils the many-headed monster of a prejudiced and discriminatory social, cultural, and political structure that may change its face or form over the decades, but otherwise remains intact.

The reader is taken on a journey through Mathilda’s unfurling identity as she reinvents herself with every ‘Escape’ from a ‘life’ she finds herself living and requires self-extraction from. Each ‘Escape’ provides ‘a new microcosm to slip into’ (14) as Mathilda attempts to move away from the ‘drabness that underlies everything’ (63): the systems that tether one to oppressive practices, and the histories written by those in power that erase ethnic and sexual minorities. Mathilda attempts to write her own life, one lived in the present where she continuously omits having had a history and ‘not having just materialised, fully formed’ (365). However, what remains ever-present is Mathilda’s ‘Transfixions’, which are overlooked artists, and various literary and historical figures that create a visceral and vivid resonance in Mathilda. Every Transfixion is accompanied by particular sensations and an ‘indescribable note’ (28), which presents itself as a ‘humming beneath the high fine rush—probably not dissimilar to holy rapture— […] an almost violent familiarity. The feeling of not only recognising, but of having been recognised’ (28-29). This notion of familiarity and of being visible is vital to Mathilda and often to those who have been positioned as ‘Other,’ for such Transfixions – which all share a similar race, class and queerness that Mathilda identifies with – send a powerful and necessary message that we exist, have existed throughout history, and will continue to exist.

Mathilda becomes aware of her newest Transfixion, Hermia Druitt, aka ‘The Black Princess,’ whilst unofficially volunteering to sort through a vast quantity of photos donated to the National Portrait Gallery Archive. It becomes apparent that what is deemed worthy or significant to an archive is not based on objectivity but the opinions and preferences of the archivist and the social structures that frame and shape the perception of an object’s value. When Mathilda visits Agnes (another volunteer), she notes that Agnes has been taking certain photos, paintings, and books as evidence of ‘recovered cultural artefacts’ that would have otherwise remained stored and hidden. The reader may observe how the accessibility of knowledge in our galleries and museums is contingent on social structures of power. As Mathilda seeks to find more information about Hermia, she is led in various directions, firstly visiting the British Library where she comes across an extract from Black Modernisms by a Professor Helena Morgan. The historical presence of Hermia Druitt challenges racial perceptions of artists, writers, and the middle and upper-classes in the 1920s, yet equally reveals the processes undertaken to ‘blot out’ (163) the existence of Black Britons, who have consequently been denied historical recognition due to historians’ heavy reliance on legal records and documentation.

When Mathilda’s quest finally leads her to the Dun Residency of Thought Art, founded on the (fictional) theorist John Garreaux’s principles, she more overtly comes face-to-face with the structures that seek to continue this blotting out. The Dun Residency, though an artist residency for those practicing Thought Art, is at first questionably, and humorously, perceived by Mathilda as a business retreat with residents in ‘capitalist drag’ (105), or some sort of religious and ‘vaguely culty’ (112) gathering. Garreaux’s principles are never fully outlined or explained to the reader (or Mathilda), which has the interesting effect of emphasising how ideologies are often based on exclusion and differentiation, rather than acceptance and inclusion. Terminology such as ‘Markations. Siphoning. Dotage. […and] Semblage‘ (126) merely heightens the sense of Gaurreaux’s unexplained ideology as inaccessible and impenetrable to those on the outside. Thought Art itself is described as being opposed to the expression of identity. LOTE, by comparison, is a society (which gives its name to the novel) dedicated to aestheticism, ornamentation, the Luxuries, and the mystical – an ‘early queer modernist subculture’ (387). The tension and intersections between the Residency and LOTE are stylistically navigated to offer a critically significant commentary on the relations between what Garreaux terms the ‘Ineluctable Fissures’ (426). Garreaux argues that one way to prevent one’s opposite from being a threat is to subsume it into oneself, aka to colonise, appropriate, and amalgamate it: ‘Take that which alienates you—a foreign body—take it into you, then 1. embed it, 2. seal it, 3. synthesise it, and then 4. watch the resolutions unfold’ (427). What von Reinhold achieves in this evocative discourse is to bring to light the wider social context of such an approach to the ‘foreign body,’ which arguably underpins every form of dominant discourse that seeks to adopt and make everything its own. The ideology of LOTE, on the other hand, is not afraid to celebrate difference and revels in the non-conforming body, appreciating queerness, eccentricity, Blackness, and diversity. Though ornamentation and attire may seem frivolous, they can be the ‘socio-cultural […] shield and sword’ (268) for individuals, such as Mathilda, when met with ‘the universal pallor of bigotry’ (273). The representation and aestheticism of oneself may act as deflective magic from the prejudices associated with one’s skin. In Hermia’s narrative, the hypocrisy of it all is emphasised by the fact that to be an eccentric or intellectual, artist or radical is still governed by notions of race and class, and whatever such individuals ‘might think in theory, the reality of having a mixed-race woman under the same roof could take them off guard, or worse; each new encounter could prove disastrous’ (302-303). The worship of beauty is therefore not one of triviality, but in fact one of preparing for battle against the possibility of hateful glares, insulting or humiliating comments, or moments of aggression and violence. Ultimately, to take up the shield and sword is to adorn oneself in the aesthetics that express one’s identity unashamedly and with pride, loudly proclaiming ‘I am here.’ It becomes the ultimate fight for visibly representing queer identities that do not conform, nor should conform, when to do so would extinguish the iridescence of the present ‘Bright Young People’ of this novel.