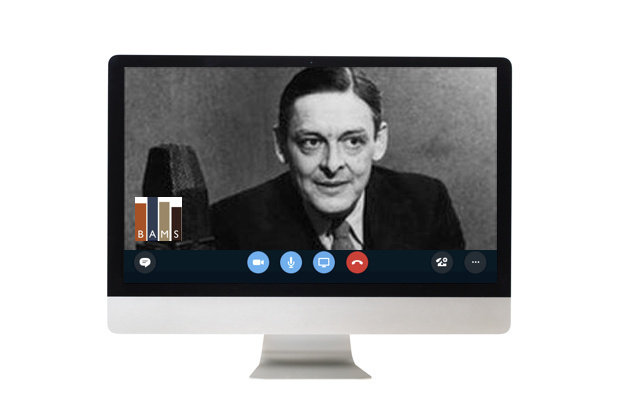 ‘The first conference in the Western tradition was carbon neutral.’

We are excited to bring you the final instalment in our dialogues on online teaching. In our February issue, Lee Skallerup Bessette started us off with her timely reflection on ‘Teaching Online in Extraordinary Times‘, sparking a conversation between teachers and researchers finding ways to maintain, thrive, or gracefully admit defeat from behind the screen. Last week, Cai Lyons, Laura Biesiadecki and Paul Thifault shared their practical pedagogical advice; this week, Gareth Mills discusses his thoughts on why online might – and should – be the new normal for the academic conferencing arena.

To attend the Hekademia of archaic Athens, scholars had to leave their homes and walk a mile from the city’s north-facing Dipylon gate. Once they arrived their words of wisdom were carried on carbonised breath that was photosynthesised back into oxygen by leaves of the sacred olive trees. The first conference in the Western tradition was carbon neutral.

Since the Environmental & Climate Justice Studies Digital Hub started their ‘experiment’ with Nearly Carbon Neutral conferencing in 2016, most of those that followed have maintained the line of caution the (n)early represents. Ken Hiltner’s seminal white paper on NCN, where he coined the term, estimated Greenhouse Gas (GHG) emission in total for such events was less than 1% of a traditional conference. The environmental benefits of the approach are obvious. So obvious in fact that I promise to leave my moral exhortation to switch to NCN formats until the end of this article, so as to spare the patience of those already convinced of its necessity. Instead I will discuss the short history of the NCN phenomena, and suggest ways in which it might evolve if it is to ever take precedence over the highly-carbonised conferences that still make up the majority of the academic calendar today.

Hiltner’s comment that ‘air travel is, environmentally, academia’s biggest dirty little secret’ reflects the fact that climate change is the primary motivation for decarbonising conferences. This is why in his conception of NCN, every aspect of conferencing becomes digital. As this article is written at a time when the majority of the UK is working digitally in imposed self-isolation most readers will be very aware of the consequences of this – it’s called social distancing for a reason. This seems to be part of why NCN hasn’t made huge waves in academia the same way social justice and accessibility has. It forces us to address the degree to which we actually run conferences for the pure bloody hell of it – for the fun, for the community, for the drinking. Dispensing with the social festival that is the spectral, electronic world of the academy suddenly manifesting itself in the flesh makes us question our own interest in the naked idea. This makes us extremely uncomfortable, especially when we do not like the answer.

Since Hiltner’s paper, few attempts have been made to invigorate NCN with something of the spirit of a traditional conference. In his conception, the ‘conference’ is not even in real time. This, he says, removes too many of the advantages of an all-digital approach. That’s why the first NCN based on Hiltner’s model, Climate Change: Views from the Humanities, was run as a series of pre-recorded blog posts which then had a ‘live’ Q & A which took the form of comments beneath the videos. It is still possible to ‘attend’ this conference now, minus the Q & A, by visiting its archived page. The alternative of a real time conference, he says, organised as a kind of giant webinar with live video feeds, would not be as effective:

Asynchronous Q&A sessions taking place over a number of weeks not only allow truly global interaction between participants in different time zones, but also provide a space for more and arguably higher quality discussion, as well as more efficient use of participants’ time. Moreover, the material presented and generated there can be archived as a lasting reference. (Ken Hitler, ‘A Nearly Carbon Neutral Conference Model’)

Hiltner’s ‘conference’ then is really more of a temporary message board stimulated by carefully curated video lectures. It has amazing reach and inclusivity, quality, thought-through comments and is recorded for all time. But by his own admission, its lack of any conversational spontaneity is particularly harsh on the social dimensions of gatherings.

In addition to the six NCNs run by the Environmental & Climate Justice Studies Digital Hub where Hiltner works, there is evidence that the format is spreading more widely. LSE’s Feral conference in 2018 was run in the EC/CJ form, with pre recorded videos and message boards making up for questions. The organisers were pleased, but similarly stressed the ‘obvious’ loss of ‘the potential to form human connections’. Future States is an NCN that started with a similar format on 30th March 2020. Did you miss the start? One of the benefits is that it doesn’t matter. It’s also along Hiltner’s line, and appears to be doing well at the time of writing. I actually attended the conference while writing this article.

For now it is excellent that this format is attracting participants and working well. There are numerous guides available to set up a Hiltner NCN, and hopefully, the trend grows. But it is still, at this stage, a little like Veganuary as a solution to the ecocide perpetrated by the meat industry. Future States has turned out to be COVID-proof, but most of the others have not, and the slurry of cancelled events witnessed at the start of the pandemic shows the persistence of the traditional format. It is reasonable to wonder if the Hiltner model, while proving successful so far, can prove capable of replacing the highly-carbonised conference in the long run without some kind of innovative practices to remedy the lack of a social dimension.

Hiltner’s suggestion that a switch to an all-streaming ‘webinar’ type conference imports the weakness of the traditional conference to the internet is correct. As all modernist scholars know, new forms make for new messages, and simply creating a virtual version of a system that evolved in the meatspace is not only unambitious, but beset by issues. In addition to his criticisms, it is the most bandwidth intensive digital option available, the most dependent on paid-for third party software, the least inclusive, and the most difficult to manage. It also doesn’t fully solve the persistent issue of social interaction. So what else can be tried?

Bristol University was one of the first institutions to issue formal guidance for staff on NCNs, and their current literature focuses on hybridity. They suggest seeing carbon-reduction as a spectrum that moves from a live-streamed video conference to the inclusion of virtual panels, though to a set of connected ‘hubs’, and finally, NCN.

It is of course beneficial if carbonised conferences can incorporate digital elements. It’s easy to imagine a ‘no fliers’ clause being somewhat effective, with physical attendance only allowed to those who can travel overland. Those far away can video themselves in as sometimes happens at conferences now. This has the downside of being unfair to those from countries where conferences are rarely held however, or for someone living on a smaller Island. It also forsakes any claim to being NCN, and rather, is mostly carbon neutral or less carbon emitting.

The concept of hubs is intriguing. In a hub system, participation is linked to research groups or universities from all over the world and seems to have a great deal of  potential. Imagine that day-long conferences at the Universities of Oxford, Strathclyde and Exeter were held on the topic of Green Modernism. Rather than hosting parallel conferences separately, each day at each institution would be broken up by viewing live-streamed papers from the others, and attendees would be able to ask questions via emails directly to the panel chair. These sessions would be recorded, and then uploaded to a Hitlner-style NCN ‘live’ Q&A portal. Crucially, people would be gathering at least at an institutional level. Limited travel to one of the three hubs (in this example, a student based in Reading taking the train or even cycling to Oxford) brings this model even closer to a traditional conference while maintaining very low carbon emissions. Below is a sample schedule for how this might look:

1530 – 1730 ‘Responses to Conference’ videos. Small groups of delegates gather in break out rooms to film short videos in response to the day so far- later uploaded with broadcasts

Post-Conference: All videos and ‘Response to Conference’ videos upload to a Hiltner style NCN Q&A message board for wider participants

There are many other aspects of NCN conferences to consider, such as integration of social and fun ‘digital downtime’ activities and exciting possibilities for new kinds of publishing outputs. Imagine something as silly as the Research Deans of Edinburgh and Cardiff battering each other on Street Fighter to a baying crowd, or watching a film together in an evening, and you’ll find  the possibilities for digital social interaction are less limited than they appear. Likewise, an edited volume built from edited Q&A comments and transcripts becomes a real possibility with NCN. When these opportunities are taken up and developed, and NCN flexes its digital muscles to show some of its advantages, we will hopefully begin to see the demise of the carbonised conference for good.

What You Can do Right Now

Below are a series of links, guides, examples and environmental studies to get started with NCN. Switching your future conference plans to either a hub or a Hiltner format isn’t a trivial matter, but is probably no harder than running a carbonised conference and can be done with very little cash or resources. But we need to be a little tougher than that. We need to stop attending carbonised conferences, to stop promoting them, and to calmly and reasonably ask conference organisers if they might consider incorporating NCN elements into their plans.

I understand the final appeal here is particularly harsh. Setting up a big conference is something that younger academics looking to put themselves on the map often seek to do, and the social dimension of academia is of particular importance to them. The large annual conferences of BAMS and MSA are moments of unbridled pleasure for me as anyone else, and this is in large part to spending time with our global colleagues. But the sacred grove is on fire. We are mistaken and arrogant as a species if we think our puny terraforming has made us lords of nature, that crossing the Atlantic in a day is a social right.

We are told continually that drastic decarbonisation needs to take place globally. This will mean the collapse of several industries, such as airlines and coal, but the growth of many others. It will also mean cultural change, the end of the worship of the holiday snaps, bikini bum and private jet. Jetting off to sunny Spain must become as taboo as public urination. Academic culture needs to change too. NCN represents one such opportunity for that change, and if this opportunity is taken, we need to be aware of the winners and losers that emerge. We’ll need to be prepared to change our expectations of what academics can and should do, and to work harder than ever to support the young and new. Having cast off our wings, we will need to once again learn how to walk.

Ken Hiltner’s White Paper
Guidance from the University of Bristol

Recommendations from the Environmental Studies Association of Canada (ESAC)

Science and Theory of NCN

Joint Authored Paper on the need for NCN

ESAC – Formal Report on the footprint of Carbonised Conferences

This site uses Akismet to reduce spam. Learn how your comment data is processed.